4 Big Obstacles in the Fight to End Veterans Homelessness 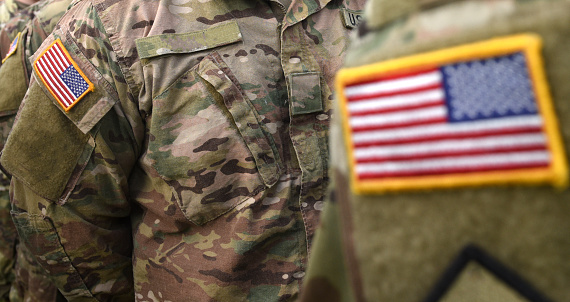 Homelessness is a terrible societal affliction in which the people who have the most need in our country receive the least help getting on their feet. Many different groups struggle with homelessness, but our veterans are a particularly vulnerable group.

On any given night, the U.S. Department of Housing and Urban Development estimates that 40,056 veterans are homeless or unsheltered. The reasons for this are varied, but in this article, we’ll be discussing the just four of the obstacles that make it difficult to end veterans homelessness.

1. Minorities are Most at Risk

The majority of homeless veterans are single, live in urban areas, and are either women or people of color. Nearly 45% of all homeless vets are African-American or Hispanic, despite the fact that they make up just 30% of active military members.

Mental health issues plague the veteran population as a whole, and the ones without the access to mental health treatment or other resources often end up on the streets because they’re too unstable to keep the support of their families or hold a job.

Because of this, even though only 40,000+ veterans are regularly homeless, 1.4 million more at risk of becoming homeless because of their precarious living situations.

3. Lack of Funding for Support Programs

Ending veterans homelessness is an expensive task and no one seems to want to actually foot the bill. Not even the institutions responsible for taking care of such a thing. In December of 2017, the VA announced that they planned to pull $460 million from the Veterans Affairs Supportive Housing program and instead distribute these funds to local hospitals to use at their own discretion.

The VASH program was designed to give housing vouchers to trouble veterans to make putting a roof over their heads for affordable. Thanks to the outcry from veterans, the VA reversed their decision.

But this goes to show that the organizations entrusted by us to handle these issues don’t seem to want to do the work unless you twist their arm. This is why donations from civilians are so vital.

Furthermore, homelessness not being a top concern to the powers that be has been demonstrated elsewhere. In May of 2017, Secretary Shulkin, the secretary for the Department of Veteran Affairs provided a list of his 5 main priorities for running the department going forward.

Homelessness was not among those 5 priorities. In fact, the issues of veteran homelessness were only mentioned once in the entire 11-page document. It’s quite the omission coming from the secretary of Veteran Affairs.

As you can see, ending homelessness among vets is going to become an uphill battle, especially as more and more troops come home from wars in the Middle East.

But the battle is not unwinnable. There are many organizations fighting to end veterans homelessness that function outside of the traditional governmental institutions. If you’d like to join the fight, please, get involved with Project We Care, our family-based organization created to address the needs of homeless veterans. We can use all the help we can get and are grateful for any donations.

Want to get involved?

There are many opportunities to help our veterans. Sign up to know about future events!